Phases of the project

The Dúchas project commenced in 2012, when a digital archive and a custom-made data management and editorial interface were created for the purpose of indexing the Schools’ Collection material. The public interface was developed and designed to make the digitized and indexed material available to the public. 80% (c.64,000 items) of the material from four counties (Dublin, Donegal, Waterford and Mayo) in the Schools’ Collection was published on www.duchas.ie in December 2013.

All of the remaining bound volumes from the Schools’ Collection were digitized and indexed as well as a selection of copybooks relating to schools that do not have material included in those volumes. The digital archive and custom data management and editorial interface were also further developed, as was the public interface. A number of additional resources (an index of surnames, Meitheal Dúchas.ie and new specialized searches, for example) were developed. The Digital Repository of Ireland (DRI) was involved in an advisory role with regard to standards and inter-operability in digital archiving.

A newly designed website and digitized version of the National Folklore Collection’s Photographic Collection was launched. The new dúchas.ie website won An Suíomh Gaeilge is Fearr (the best Irish language website) at the eir Spiders.

A sample selection of volumes from the Main Manuscript Collection was launched at Oireachtas na Samhna 2018.

The principal aim of the current phase is the digitization and publication of a substantial portion of the Main Manuscript Collection and of the Audio Archives.

Specialist contractors are employed to digitize the material in accordance with international best practice.

Indexing of the digitized material

The indexing of the folklore material in the digital archive is being undertaken by the National Folklore Collection and Gaois. This work is being checked on an ongoing basis (you can let us know if you find any errors by contacting us at eolas@duchas.ie).

Dinny McGinley, Minister of State for Arts, Heritage and the Gaeltacht, launched the project on 17 December 2013. 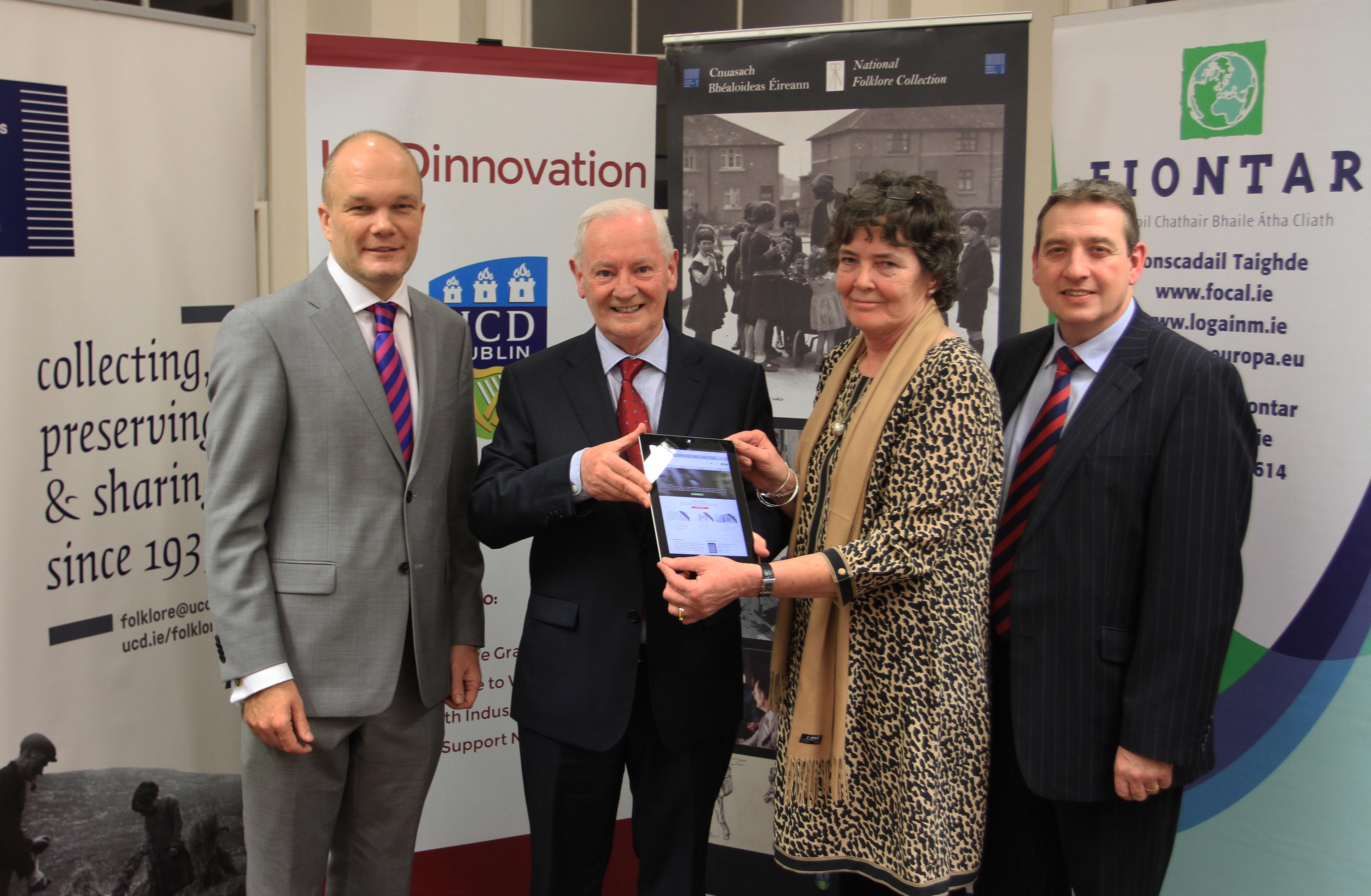 All volumes of the Schools’ Collection were launched in September 2016 by Seán Kyne, Minister of State for Arts, Heritage, Regional, Rural and Gaeltacht Affairs. 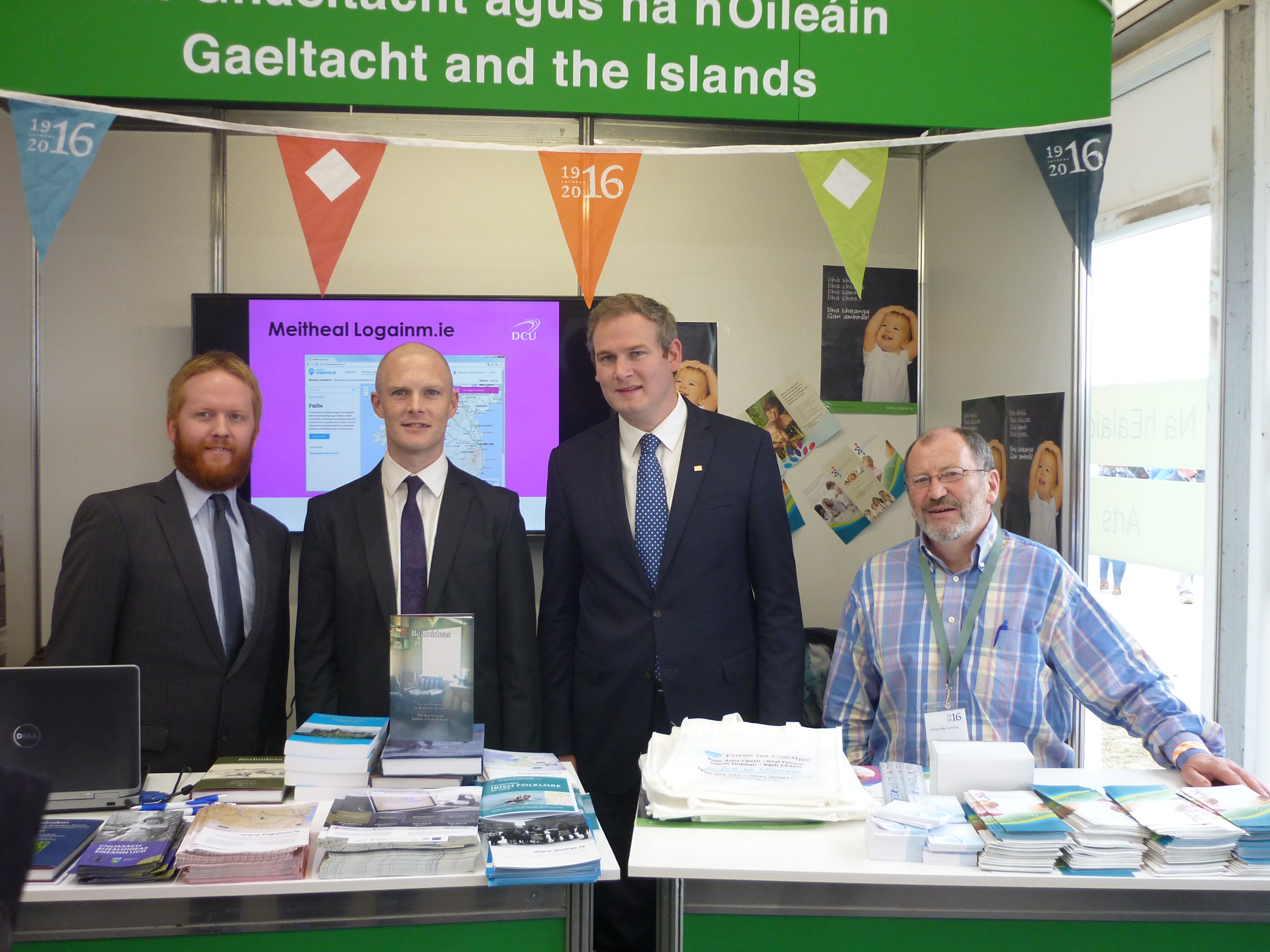 Government Chief Whip and Minister of State with responsibility for Gaeilge, Gaeltacht and the Islands, Joe McHugh T.D., launched the redesigned dúchas.ie website and a digitized version of the Photographic Collection at an event in the National Library of Ireland on 26 September 2017. 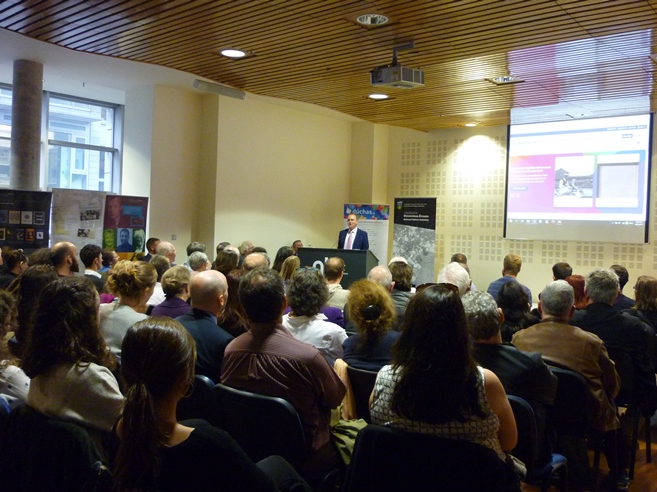 Government Chief Whip and Minister of State with responsibility for Gaeilge, Gaeltacht and the Islands, Joe McHugh T.D.